The buildings of the open-air collection display the 18th-century rural architecture and lifestyle of Nógrád County. The Palóc wooden house, which is the core of the collection, was transported to Balassagyarmat from Karancskeszi in 1932. Here it was re-built by a carpenter from Karancskeszi, in its original form. The thatched house divided into three sections represents the archaic house type in Nograd County, also typical of the Paloc architecture, which demonstrates a kinship with the wooden houses of the more northerly forested area. Its arrangement, construction, and evolution demonstrate the Hungarian house type, in which the hearth and the heating oven are found in the living room. 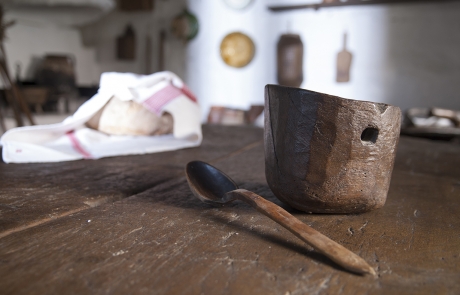 The wooden stable operated as a mill in Bocsárlapujtő at the beginning of the 19th century, and then in a barely changed form was used as a stable until it was transported to Balassagyarmat in 1933. In 1934, the collection was extended with a wooden barn with detached silo from Patvarc. The barn, like the stable, was built in the early 19th century. Inside, an oil sump dated from 1872 was placed. In the barn, there is a wine press from 1836. The oil sump, which had been out in the open since the destruction of the old wooden barn, was covered with a six-foot barn in 1966. In the same year, the farmyard, which was complete again, was framed by a fence characteristic of Ipolyszög. 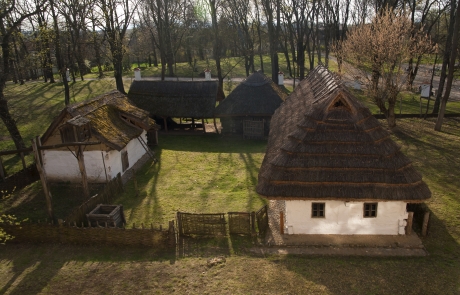 The open-air collection was enriched by sacred constructions in 1996: the copy of a late 19th-century tiny chapel from the outskirts of a village, with a clothed Statue of Mary inside, as well as the reconstruction of a roadside crucifix.